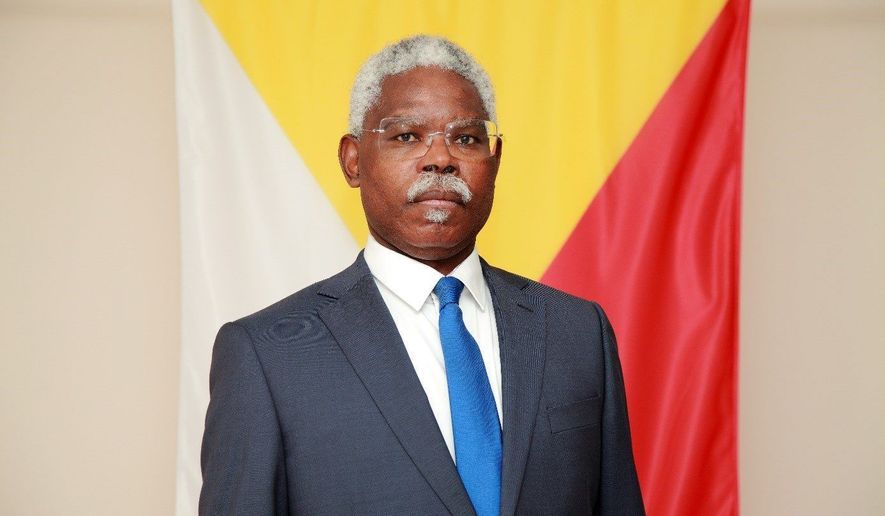 An opposition leader some call the « rising Nelson Mandela » of central Africa says Washington must « stand firm against » Chinese influence over African nations, lest Beijing cement itself as the most dominant outside power on the resource-rich continent. « Africa is the partner of tomorrow and if we’re not careful, soon all African countries will by flying the…

An opposition leader some call the “rising Nelson Mandela” of central Africa says Washington must “stand firm against” Chinese influence over African nations, lest Beijing cement itself as the most dominant outside power on the resource-rich continent.

“Africa is the partner of tomorrow and if we’re not careful, soon all African countries will by flying the Chinese flag,” said Modeste Boukadia, the once-jailed Republic of Congo politician who was in Washington last week seeking attention for his campaign to one day be president of the nation also known as Congo–Brazzaville.

In an exclusive interview with The Washington Times, Mr. Boukadia lamented the “tyrannical” and “dictatorial” antics of Congolese President Denis Sassou Nguesso, who has ruled the tiny conflict-torn nation for 34 of the last 39 years. But his comments on China seemed most timely.

Countering Chinese influence, and particularly Beijing’s push to extract resources in exchange for financial loans to authoritarian African governments, has been a central focus of Secretary of State Rex W. Tillerson’s current tour of Chad, Djibouti, Ethiopia, Kenya and Nigeria.

The secretary of state’s assertions were music to Mr. Boukadia, who said “more U.S. involvement means less Chinese influence and involvement” and “the same goes for Russia.”

“They both practice the same politics and I’m talking about communism,” he said, adding that the West should be wary of reports of a Chinese desire to build military bases in Africa. “If there is going to be any military base, it should be a Western one, an American one, because the United States represents democracy.”

Congo–Brazzaville is just east of the much larger Democratic Republic of Congo and could be a microcosm for postcolonial instability that has left many African nations open to manipulation by outside powers.

Plagued by occasional ethno-political wars since the early 1990s, the nation is run by Mr. Sassou Nguesso, whose latest hold on the presidency began in 2009 after an election Amnesty International called “marred by the lack of an independent electoral commission, the disqualification of several opposition candidates, and the intimidation of journalists.”

Mr. Sassou Nguesso, 74, is widely accused of engaging in corruption and aggression toward U.S. business — particularly in the oil sector — while increasingly embracing Chinese loans. He extended his rule in 2016 after a pushing through a new constitution that ended term limits. He’ll now be in office until at least 2023, if not longer.

But not if Mr. Boukadia has his way.

The 63-year-old ran in Congo–Brazzaville’s presidential elections in 1997 and 2009 as an independent, but he was thrown in jail from 2014 to 2016 for what he says was a crackdown on opposition.

While he now lives in exile in Paris, Mr. Boukadia heads the emergent Congolese Circle of Democrats and Republicans political party. He was in Washington to plead for help in leading a movement to democratically drive Mr. Sassou Nguesso from power.

“Today, all of our political leaders are prisoners,” he said. “But thanks to Europe, France and the United States, I was liberated and I am bearing a message that for a transition of power to take place, we need the United States, the shining light of democracy, to help organize this international conference through which a transition can take place, in order to pressure Sassou and his tyrannical, dictatorial regime.”

“The objective of our party is to implement democracy to fight corruption,” he said, adding that this can only happen with “pressure from the United States.”

It remains to be seen whether the Congo–Brazzaville is on the Trump administration’s radar. The nation last made headlines in Washington during the lead-up to Mr. Trump’s inauguration more than a year ago.

At the time, Mr. Sassou-Nguesso drew international attention by very publicly claiming to have secured a major meeting with Mr. Trump at the then president-elect’s Mar-a-Lago resort in Florida.

But there was a catch. Mr. Trump had never actually agreed to the meeting and ultimately refused it — a development many saw as an embarrassment for one of Africa’s longest-standing and most controversial presidents.

“I was still in prison when Sassou was pushing for the Trump meeting,” Mr. Boukadia said last week, claiming that the whole reason Mr. Sassou-Nguesso wanted the meeting had to do with deep oil politics in Congo–Brazzaville.

The nation’s opposition have long criticized Mr. Sassou-Nguesso for damaging relations with Washington years ago by doing away with lucrative concessions the country once provided to ExxonMobil for exploration and productions right there.

“That’s why Sassou wanted the meeting with Trump,” said Mr. Boukadia, adding that the apparent goal was to beg for a rapprochement with Mr. Tillerson, the former Exxon CEO who was, at the time, in the process of being named secretary of state by Mr. Trump.

Mr. Boukadia said that if his own movement gains steam, he will one day “set right all the wrong that Sassou has done to American businesses by sending them out of the country.”

“I want to bring back all those American businesses and have their rights restored,” he said. “Just to give one example, Exxon.”

“My goal is to restore an excellent relationship with the international community and with the United States, which is an extremely important actor on the world stage today, because it’s not simply a democracy in word but in action,” he added. “We need to have President Trump give us the possibility to implement democracy in our country for the sake of security and stability because when Africa is stable, the United States will also know stability.”